I was in the middle of making a new Ranger’s outfit (I know big surprise lol) and decided to go with a color I had not used before. A white based Hunter/Ranger outfit seemed unique enough and appealed to me. Having completed it I quickly received a flood of tells remarking on what a cool looking Assassin’s Creed outfit I had. Over the next following days references to someone named Altair and someone named Ezio kept popping up. Being as old as I am and out of touch with the popular games of today I had to Google these characters to find out what everyone was talking about. And there, on the first few images, I saw what seemed to be my outfit. I decided to turn this into a tribute to the characters of Assassin’s Creed. 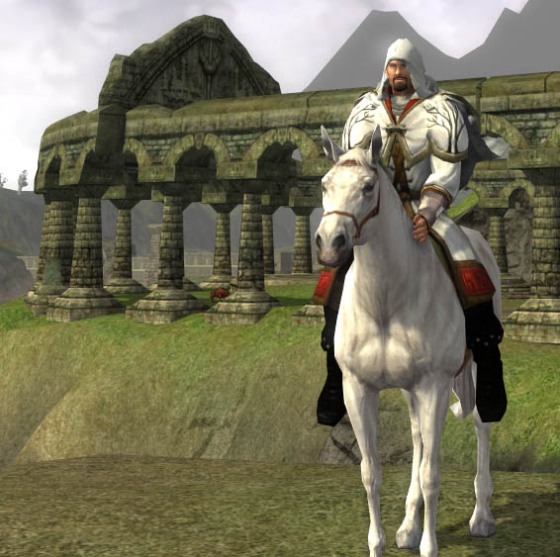